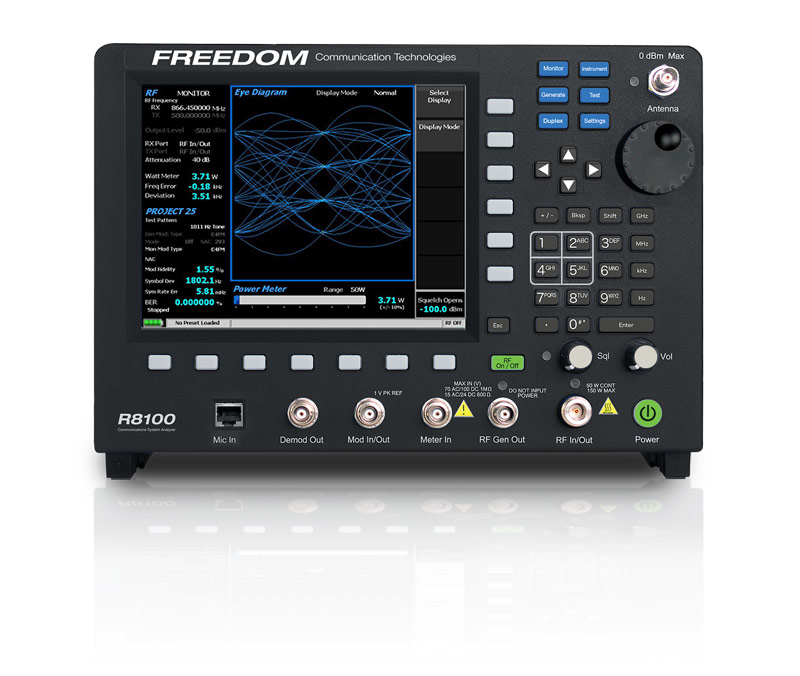 A core set of features that allow testing of P25 Phase I systems. Support for measurements of C4FM and complex modulation formats allow testing of subscribers and infrastructure. Measurement of modulation fidelity lets you know the quality of your transmitter and Error Vector Magnitude (EVM) measurements allow advanced measurement of simulcast base stations. The inclusion of P25 Standard test patterns such as the 1011 Hz Tone and O.153 pseudorandom sequence permit testing sensitivity of a P25 radio. Also included is capability to enter signaling information and decode voice frame information allowing users to test proper configuration of a radio or test a live conventional repeater. 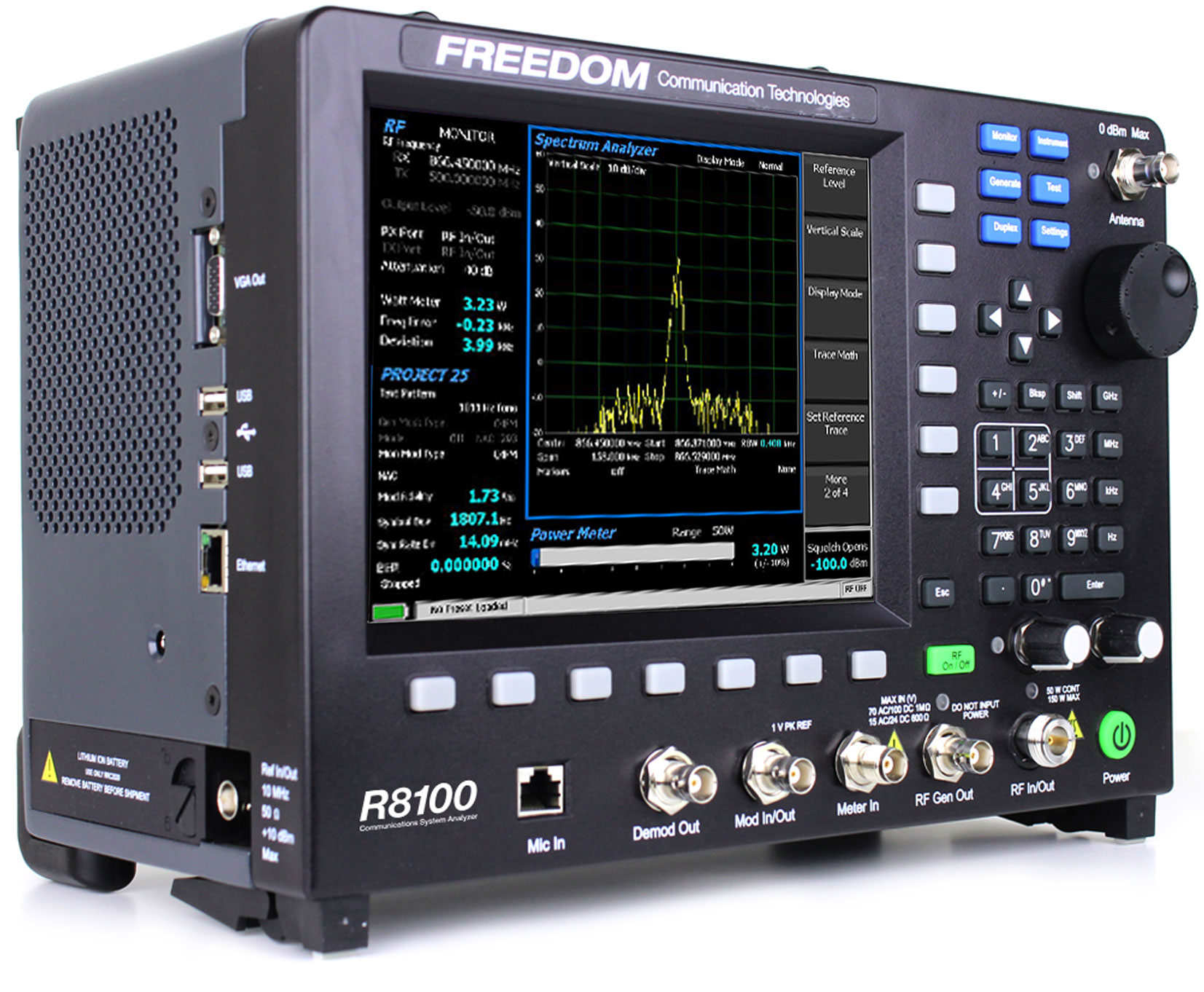 Our APCO P25 Phase II option offers the most complete test suite of any instrument in the industry. It features a comprehensive array of modulation and analysis tools for both H-CPM and H-DQPSK modulations, including:

Click one of the “Learn More” buttons below to find your local representative and get more information on Project 25 test solutions from the industry leader:
Freedom Communication Technologies 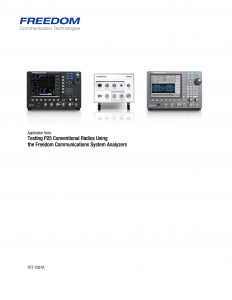 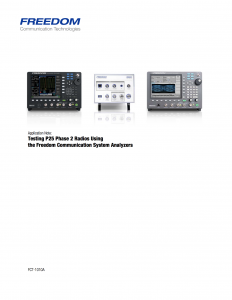 OUR SELECTION OF ACCESSORIES

FOR OUR TEST EQUIPMENT